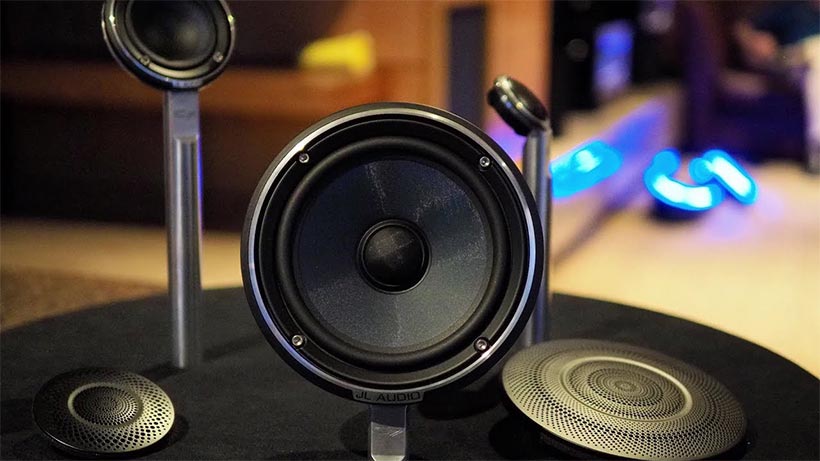 If you’ve been looking into upgrading your car’s audio system, most notably the speakers, chances are you’ve come across a few different options.

Now, while there are a lot of other factors you must consider as well, one of the big questions that pops up is 2-way vs 3-way vs 4-way speakers.

Now, a lot of people who aren’t all that well versed in speakers, specifically car speakers, may give up here, because things do get confusing pretty quickly.

But let’s not do that, and instead take a look at what the difference between all three setups is, and which one is right for you.

Before we get into the details, let’s explain a couple of main speaker components. These are actually the components that are different between 2 way, 3 way and 4-way speakers.

The woofer comes first, and the woofer is the part of the speaker that’s responsible for the low end of the audio spectrum, the bass.

Think about low notes you might hear from a bass guitar, or a tuba, with frequency notes that are much lower than other speakers. This is the most power-consuming component in the speakers, and they can oftentimes be as big as 15 inches.

Next up, you have the tweeter. The tweeter is responsible for the opposite end of the spectrum – think high notes such as a cymbal or a flute. The tweeter doesn’t consume much power and is usually pretty small in terms of physical size. However, the tweeter is key when it comes to brightness and clarity in your music.

Last but not least, you have the range, also known as the mid-range speakers. They’re a bit smaller than the woofer but larger than the tweeter, and as this might suggest, are responsible for the tones between the two ends of the spectrum.

With that out of the way, let’s take a look at the possible speaker setups.

Two-way speakers are some of the simplest ones out there, which is why they’re also the most common ones as well. They’re cheap to make, and if you’re looking for an easy upgrade to your car’s audio, they’re a good option.

2-way speakers commonly include a tweeter and a subwoofer, so you’re well covered in terms of the extremes. However, the mid-range just isn’t there. Yes, you’ll oftentimes get good, deep bass, and clear highs, but everything in between will sound mushy and wrong.

Now, even despite this, a lot of people don’t seem to mind this, and even a basic kit of 2-way speakers is usually better than what your car came with. You will be sacrificing a bit of performance, as well as a bit of loudness – 2-way speakers aren’t too loud.

Three-way speakers take two-way speakers, and then add the midrange in order to cover the entire spectrum.

This is why they’re usually able to produce a better, more detailed sound, and you’ll also get a wider frequency range than a 2-way speaker.

With 3-way speakers, you’re looking at a pretty natural sound, which is why if you’re after quality, they’re a good choice.

There’s also the option of getting 3-way speakers that have an extra tweeter for the highest frequencies – the choice is yours.

Last but not least, we have 4-way speakers, which are the most complete of the bunch. These take the tweeter, midrange, and bass of the 3-way speakers, and add an extra tweeter to take care of the highest frequencies.

This is something you’ll quickly notice if you listen to a lot of music that uses those high frequencies because it makes a massive difference in clarity. To add to this, the bass performance of 4-way speakers is very, very good.

Which One is Right for You?

The one big thing about all of these is pricing, but even if you take pricing out of the equation, the right choice has a lot to do with the music you listen to.

For example, if you don’t listen to music that has intense bass and high frequencies, you don’t really need 4-way speakers because you won’t enjoy them.

If, however, you want a full experience with nothing lacking, 2-way speakers aren’t the right choice.

It’s all a matter of setting the right budget, and then seeing which of the options works best for you. But if money is no object, by all means, go for a set of 4-way speakers as their overall quality is really good.