In case you’ve ever installed an aftermarket head unit in your vehicle, you’ll know that there are many wires in the harness at the back of the stereo.

Some of these wires connect the head unit to the amplifier – including the remote turn-on wire.

The remote wire (also called remote turn-on wire) is responsible for turning the amp on and off based on whether the head unit is powered on or off. It’s a blue-colored wire with white stripes.

What does Remote Turn-on Wire do?

In case you’ve got two separate wires out of the box, you should install both of these wires correctly, without any mix-up.

The power antenna wire sends 12V power only when you’re using the AM/FM receiver (or HD radio) of your car stereo.

So if you’re somehow using this wire as an amp turn-on wire, the amp will only turn on when the radio portion is turned on.

For other input sources such as CD, Bluetooth, and USB, the amp will be off. This can lead you to think that there’s something wrong with your amplifier/head unit; whereas, in reality, it’s just the incorrect wiring.

There are some scenarios where you would like to turn on your amp without using the remote turn-on wire.

Maybe your amp has a faulty remote wire connection. Or maybe you currently don’t have a remote wire.

Whatever the case, there are different methods you can follow in this regard.

1. Wire the Ignition Switch to Amplifier

Run down a wire from the ignition switch to the remote connection of your amplifier. This will allow you to turn off the amplifier on and off with your key.

2. Use a Toggle switch between Power and Remote Wire Terminals

In case your car stereo has no remote wire but the amp’s remote wire terminal is working fine, you can use a toggle switch between the remote and 12V power wire.

For this, you’ll need a switch and wire terminals.

Connect these two wires into their respective terminals and now you can toggle the switch to send power to the remote terminal.

3. Use A Hi-Low Adapter with a Remote Trigger

Arguably the best way to turn on an amp without a remote wire is to get a Hi-Low adapter with a built-in remote trigger.

In case you don’t know, a hi-lo adapter (also called Line Out Converter) turns the speaker-level signal into an RCA-level signal.

This device is needed if you’re upgrading to an aftermarket amplifier but want to keep their factory stereo as it is. Since factory stereos don’t have RCA pre-outs, a hi-lo adapter is needed to convert the signals.

Many such adapters come with a built-in remote trigger. This trigger will be available in the form of a blue wire. All you need to do is to connect that wire to the remote input (usually labeled as ‘REM’) of your amplifier.

After this, the amplifier will turn on and off with the the head unit.

One big advantage you get while using a high-low adapter is a delayed turn-on and turn-off that prevents any pops you usually get while turning the amplifier on or off.

For more information, you can watch this video below: 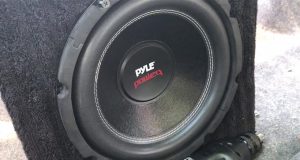 Car Amp Turns On But No Sound From Subs or Speakers 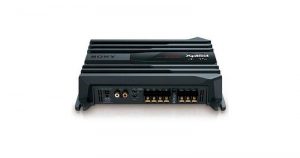 How to Bypass Protection Mode on Amp Signs of a Bad Car Amplifier