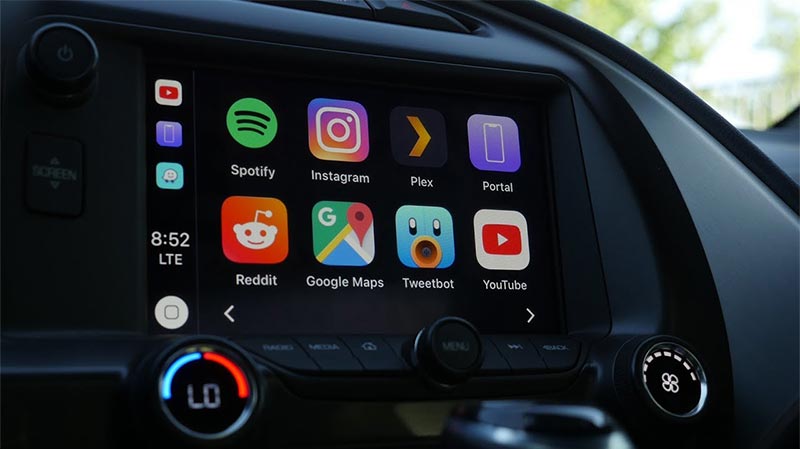 From basic radios to the latest infotainment systems, car audio has progressed a lot over the past 90 years.
Good quality audio is now considered more of a necessity, rather than a luxury.

As complex as they seem, there are only three major components at the heart of these car audio systems: Head Unit, Amplifier, and Speakers.

The working principle is simple here:

And in the post, we’ll discuss each of these components in detail.

Also called car stereo and radio by many, the head unit is the component that takes an audio signal from a source and sends it to the amp.

During the initial days of car audio, AM radios used to be the only audio source. Then came 8-tracks and cassettes. And now you can choose between a variety of sources including CD player, satellite radio, and USB drives.

Many head units can also play tracks through your iPod or smartphone.

In addition to this, head units come with volume control and basic equalization options such as bass and treble.

The double DIN models come with a touch-screen display that can be used for additional functionalities such as a backup camera, navigation, Android Auto/Apple Carplay etc.

In case you want to upgrade to an aftermarket head unit, the first thing you should check is its compatibility with your vehicle.

The factory head units in the latest car models are tied to other essential vehicle systems such as climate controls – meaning they can not be easily replaced.

The next thing you should check is whether an aftermarket head unit has the outputs you need, such as RCA signal outputs, etc.

Lastly, you should check the overall reputation of that head unit manufacturer. Many 2nd-grade manufacturers have popped up in recent times promising you ‘cheaper’ alternatives to Android auto (marked as Android-based) head units.

They’re simply not worth your time/money and can have issues like slow booting time and sluggish performance.

That’s why you should always go with a well-established brand.

Up next we have the amplifier.

The signal produced by the head unit is too weak to physically move the speaker cone. An amp is used to amplify that signal before sending it to the speaker.

Unlike what many people think, amps don’t directly improve the sound quality of your speakers. Instead, they provide powerful audio signals to your speaker(s) that they can convert into good sound. It means you must have high-quality speakers in the first place.

But if you want to increase bass in your sound by adding a subwoofer, you should get a separate aftermarket amplifier as well.

Amplifiers come in different types based on their channels and class.

You can think of a channel as a single, individual power source. Monoblock amp, also called one-channel amp, is used to power only a single subwoofer, while multi-channel amps (ranging from 2-channel to 6-channel) can support multiple speakers and subwoofers.

Apart from this, Amplifiers have different classes such as Class A, B, AB and D. And these types determine different aspects of their performance such as low/high distortion, low/high fidelity, and low/high power efficiency.

Speakers are the last component we’ll discuss here. But this is the first thing you should upgrade in your whole car audio setup.

Because speakers have the biggest direct influence on your car audio performance.

Their working principle is similar to that of home speakers.

This movement of the speaker cone displaces air, which in turn produces the sound we can hear. Speakers are divided into different types depending on their efficiency of playing certain frequencies better.

But since space is inherently limited inside a vehicle, there are many full-range or coaxial speakers which have tweeter, woofer, and midrange speakers combined into one unit.

Having basic information about how head units, amplifiers, and speakers work will give you a good head start in understanding car audio.

But remember, this is just tip of the iceberg and, as you get more experienced with it, you can have many additional audio components inside your vehicle, such as line output converter, crossover, equalizer, or even a DSP.